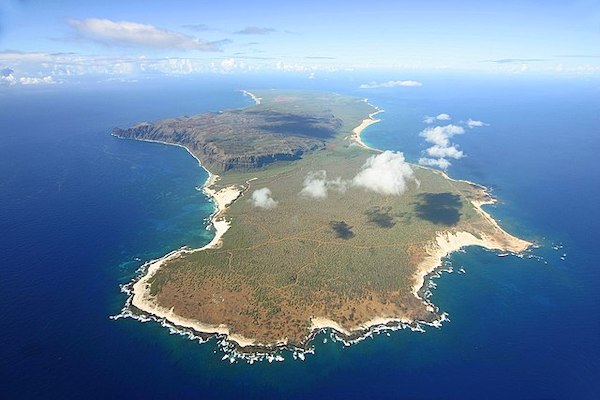 The Island of Ni'ihau / Polihale at English Wikipedia, CC BY-SA 3.0, via Wikimedia Commons

The Island of Ni'ihau / Polihale at English Wikipedia, CC BY-SA 3.0, via Wikimedia Commons

Ni'ihau: The Hawaiian Island Cut off from the World

To the west of Kauai is an island called Ni’ihau. It's the smallest inhabited island in Hawaii, only about 70 square miles. Although it’s only less than 20 miles away from Kauai, we bet you probably haven’t heard too much about it.

Why do we know so little about the island? Well, just sit back and relax – and I’ll tell you all about the most mysterious island in Hawaii!

It all started over 150 years ago, when the Sinclair family of England decided to set sail to New Zealand. Their plan was to buy land, and start a new adventure. The Sinclairs were an adventurous couple, with six kids. They were well-educated, religious, and financially well off. You might think of them as the real-life version of the Swiss Family Robinson!

However, while in New Zealand, the husband and the eldest son died in a shipwreck. The family struggled for a time, and eventually decided to move to North America. So again, the Sinclairs packed up, sold everything they owned, and set sail on another adventure. However, after arriving at what’s now the current-day Vancouver, Canada, they found the land was just too wild and undeveloped - with thick forest, bears, cougars  and poor soil.

While in Vancouver, a friend suggested that they go check out Hawaii. What would you do if you were them? Would you be willing to pack up again - for a third time - and move? We don’t know about you, but that’s just what the Sinclairs did.

So, some 25 years after they left England, the Sinclairs arrived on Oahu. King Kamehameha IV  offered them land in what’s now the current-day Waikiki, Pearl Harbor and North Shore. But the family was unimpressed. Finally, the king made another offer - the entire island of Ni’ihau for $10,000 dollars payable in gold.

A little background information on Ni’ihau. Instead of being lush and green with freshwater rivers flowing like Kauai, Ni’ihau is arid and dry. So we're not so sure why the Sinclairs were impressed with Ni’ihau. Maybe  it was the idea of owning their own island... wouldn’t you want your very own island? So, for a handshake and a pile of gold, a royal deal was made. And the family has owned the entire island of Ni’ihau ever since.

Now, it was said that before the king signed the deed over to the Sinclairs, he asked them to protect the Hawaiian people who lived on the island. To their credit, the family has strived to do just that. Instead of developing the island for tourism like other islands in Hawaii , they have kept the island with as little development as possible. the 100 or so Hawaiians who currently live on the island subsist on farming and fishing in the ocean. Real Hawaiian style. There  is no airport, no paved roads, telephones, running water or even flushing toilets. The  islanders primarily speak Hawaiian, instead of english.

Well, if you are getting excited about visiting this untouched paradise, I must tell you that very few visitors are allowed on the island. You see, Ni’ihau  actually has a nickname - The Forbidden Island. The only way to set foot on Ni’ihau is to pay $400 per person on a private tour offered by the owner of the island.

And believe it or not, there have been multiple attempts to buy the Ni’ihau island, including the US government’s offer of $1 billion dollars. But as you may guess, all of these offers have been turned down. So the story goes…

Want to catch a view of Ni'ihau?