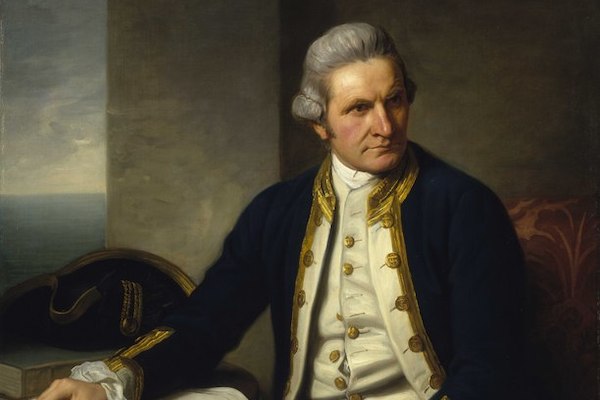 How Captain James Cook Discovered Hawaii - and was Killed There

When you are in Kauai, have you ever passed by a statue of Captain James Cook  in Waimea Town? Who was this Captain Cook? How is he important in the history of Hawaii?

Back in his day in the 18th century, Captain Cook was considered the world’s greatest explorer. A british naval officer, Captain Cook explored and mapped vast areas of the earth - including many Pacific islands.

In 1778, Captain Cook became the first westerner to discover Hawaii. The area where Captain Cook first set foot in Hawaii was the current-day Waimea Town, right here on Kauai.

Prior to Captain Cook, Hawaiians  practically lived in isolation from the rest of the world.  This made it possible for them to develop such a unique culture. However, the arrival of Captain Cook would forever change all that.

Well, it turned out that Captain Cook’s first visit to Hawaii here on Kauai went rather well, and was quite uneventful. But when he returned the second time, instead of Kauai, he went to the Big Island.

It might sound kind of strange to you, but there are Hawaiians that treated Captain Cook  like a god. It’s all in the timing. Captain Cook happened to arrive during the Makahiki season, or New Year’s celebration in ancient Hawaii. it was believed that Lono, the god of agriculture, would visit during Makahiki. Therefore, when Captain Cook arrived, the islanders thought he was the god Lono himself.

What would you do if you were Captain Cook ?

During the following month, the captain and his men took advantage of the warm welcome and enjoyed the continual feasts hosted for them. Imagine the all-you-can-eat luau and hula shows that went on for a month! Talk about the good life, right?

But by the end of the month, the villagers were burned out from the month-long party. Also  during the month, one of Captain Cook’s crewmen got sick and died. This got the Hawaiians wondering, “if the white people would die like us, are they really gods after all?”

Sensing the growing skepticism, Captain Cook  and his crew soon set sail. Unfortunately, before they got very far, their ship was damaged by the rough seas. The  crew had no option but to return to the big island for repairs.

Tensions soon rose under this circumstance. A fight eventually broke out, and Captain Cook  was struck in the head and died.

Because of the high regard Hawaiians had for Captain Cook, they took his body and disemboweled it - or in other words, took all the innards out, baked his body in an imu or underground oven and preserved the bones by scraping off the flesh.

This was a way that Hawaiians showed respect for their high chiefs who have died - or their way of capturing their mana or life energy.

Wow! Quite a story, eh? Although Captain Cook’s story didn’t have a happy ending, it sure opened the floodgate of western influence in Hawaii in the following century. The islands of Hawaii would never be the same. The fact that you are here or you are planning on traveling here on Kauai, also has something to do with Captain Cook and all those who came before us.