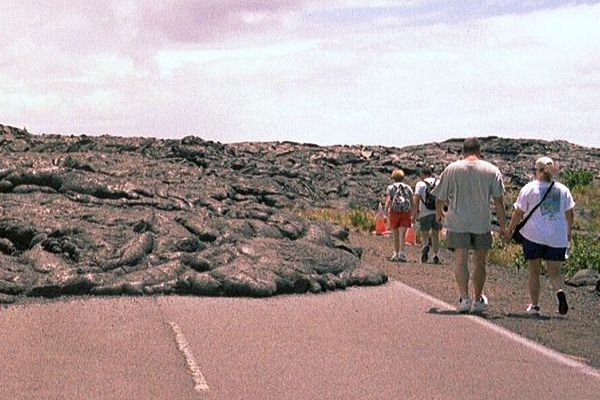 Living with Pele: Dealing With a Volcano in Your Backyard

Volcanoes are  a major force that shapes the Big island. In the Volcanoes & Puna region, there are a lot of geological structures - lava fields, lava trees, hot springs, a black sand beach, and sometimes, even molten lava! But in addition to all those geographical structures, you will experience how the local residents here in Puna live with an active volcano in their backyard. And they’ve done so - amazingly - for generations.

When Polynesians first migrated to Hawaii in their canoes, The ancient Hawaiians had to deal with this threat of lava too, where it has been said to have destroyed villages and agricultural land. Can you imagine the fear they must have felt witnessing the raw power of the lava, and standing by, helpless to stop it? Without our modern understanding of geology,  ancient Hawaiians developed myths and legends to explain the molten lava coming out of the earth. To them, an eruption represented the anger and wrath of a mythological fire goddess named Pele.

For Hawaiians, Pele sometimes takes on the human form. And when she does, she is described as a very beautiful woman with a very hot temper.  She can be very attractive and flirtatious, but she also gets upset and jealous very fast. And when she does, she attacks with fire and lava. She has been known to cover her lovers in molten lava! Yup, you get the picture. Pele is someone that you never want to get on her bad side!

Hawaiians have had this belief towards Pele for hundreds of years. For them, lava and volcanoes are the will and personification of the gods. It is something to be respected and feared. But this was not always the case with newcomers to the islands.

In 1868, Captain Robert Brown of the New England and his family moved to the Big Island. The Browns settled down with their 7 kids at a ranch. Life for them wasn’t easy. First, they endured a major earthquake that created tsunami along the coastline. Soon after, another series of violent earthquakes again shook the island, causing the south part of Mauna Loa Volcano to slip towards the ocean. The nauseating quakes went on for days, and sometimes were so strong, the family couldn’t stand up. Sadly, many lives were lost. All the locals fled… all that is, except the Brown family. Robert Brown was a sea captain - and tough as nails. His oldest daughter Annie recorded over 3,000 earthquake tremors in the next 12 days, and wrote, “No words of mine can do it justice.” Even so, Captain Brown insisted on staying put. That was, until one night when a fissure opened up near their home, erupting liquid molten lava. The family barely escaped with their lives to a nearby hill carrying their two-year-old baby. From there, the family watched the lava destroy everything in its path, including the remains of their home and cattle herds.

Can you imagine that? What a extraordinary and frightening sight that must have been!

Want to see some volcanoes?