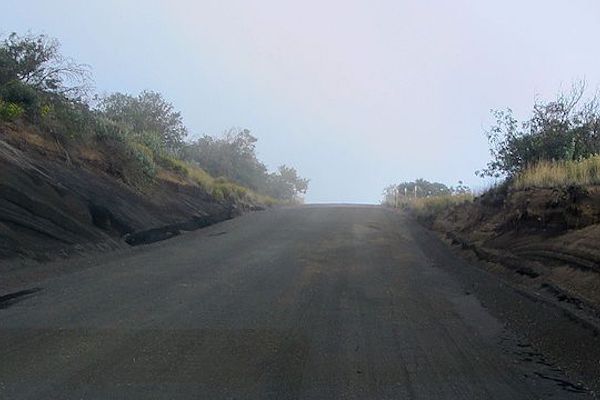 The Mystery of Saddle Road

The mystery of David Douglas’ death dates back nearly 200 years.

Douglas was a widely traveled botanist from England who loved everything about plants. He was considered a botanical pioneer - he extensively explored the west coast of North America, discovering over 200 plant species previously unknown in England, one being the Douglas Fir tree. He sent the seeds back to England, where the tree was widely planted. This led to a valuable lumber resource, used to create homes across Great Britain and Europe.

One of his favorite side trips was to the islands of Hawaii where he searched out, documented, and sent back plant samples to England. His third trip to Hawaii was in 1834... and it would prove to be his last.

On this particular expedition, he and his guide determined to follow the 90-mile trek around the slopes of Mauna Kea, following the present-day old Mana Road. Douglas was familiar with the area, and had already ascended Mauna Kea and Mauna Loa, delighting in the abundant flora and fauna.

On this journey, however, they spent a night in the house of a shady character, by the name of Ned Gurney. He was a wild cattle hunter, who mostly kept to himself. Cattle were originally brought to Hawaii by Captain George Vancouver, and had been roaming free in large populations for many decades.

The next day, Douglas thanked Gurney and set out again on his journey. The guide was with him as they passed several camouflage pits dug to trap wild cattle. Soon after, Douglas retraced his steps a short distance, presumably to look at a plant. The guide soon went looking for him and found Douglas’ mangled body in one of those pits with a bull standing over him. Douglas was dead. But how he died became a real-life murder mystery - worthy of Agatha Christie or Stephen King.

It seemed obvious at first, that Douglas had likely tripped and accidentally fell into the pit. But as a local reverend was preparing his body for burial, he noticed the wounds on his head and body didn’t appear to be from a bull. He sent his body back to Honolulu to determine the cause of death. The results were inconclusive, and Douglas was buried in an unmarked grave. About this same time, there was a lot of speculation circulating around Ned Gurney as a suspect, but no evidence was ever found to convict him. Over the course of the next 50 years, more details about this murder mystery came to light, including the fact that Gurney had previously been convicted and sentenced to prison in Australia for stealing, but had escaped, and came to Hawaii to hide out. Eyewitnesses also said they saw Gurney following Douglas that day. Douglas apparently had with him a large purse of gold, that was nowhere to be found upon his death.

Gurney was known to have stayed in Hawaii for a few years after Douglas’ death, but then all records of him simply vanished, along with Gurney himself…. he literally disappeared, possibly taking with him the true story of what had actually happened to David Douglas. To this day, the murder mystery remains unsolved, with only one likely suspect.

There is a memorial erected on the slopes of Mauna Kea, where David Douglas breathed his last. It’s surrounded by a forest of Douglas Fir trees that were planted in his memory.

Some people say that the ghost of Gurney still roams this area stalking his next victim... so if you plan on taking a walk in the nearby forest, watch out for camouflage pits!