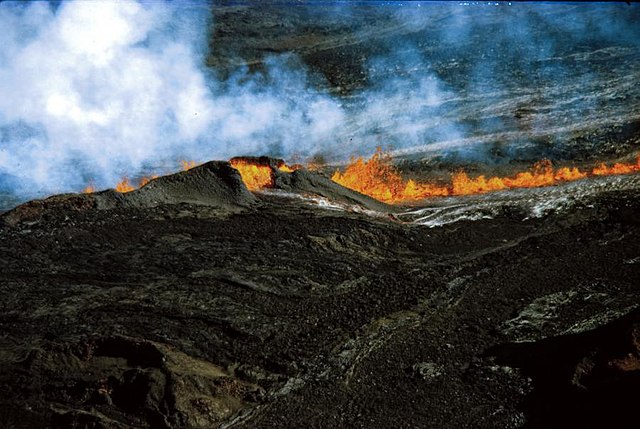 The Mysterious Dog of Mauna Loa

Just opposite the legendary mountain Mauna Kea lies a dome shaped mountain - this is the mighty Mauna Loa, sister to Mauna Kea. It's considered to be the largest mountain in Hawaii, when it comes to sheer mass. In fact, the earth crust is actually bowed under the weight of the mountain!

Mauna Loa holds important cultural significance for Hawaiians, and ancient tradition tells us that Pele befriended a white dog, which she would send to alert her people when eruption was imminent. Over the years, there have been several sightings of a strange white dog wandering the slopes of Mauna Loa.

Observatory staff members first noticed a white dog roaming the territory in 1959. And later that year - after many failed attempts to befriend or capture the mysterious dog - Kilauea erupted, and the dog disappeared. It's said that the dog would reappear and disappear occasionally after the eruptions until 1966, when it stopped.

Perhaps you may catch a glimpse of this mysterious white dog during your trip. And if you do, watch out for the eruption that could follow.

Want to keep an eye out for Pele's mysterious white dog?