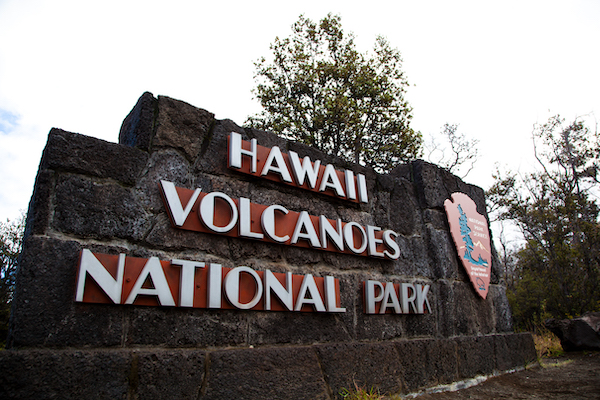 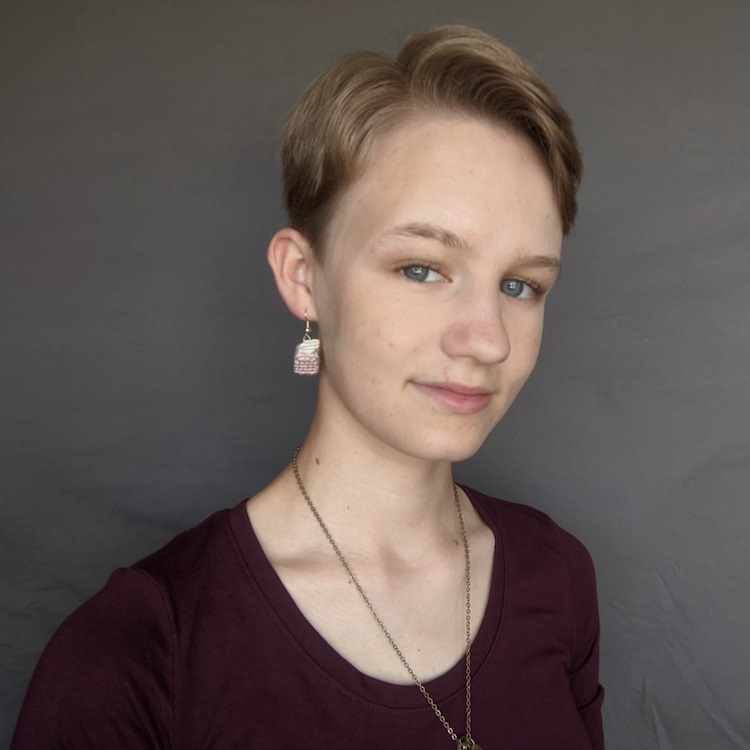 Hawaii might be famous for its beaches, but its culture and history make it an unforgettable place. Learning about the islands’ past can add depth and meaning to your whole vacation. The Big Island - Hawaii’s youngest and largest island - is a great place for learning and exploration. Here are some of our favorite, must-see historic sites on the island.

Back in time, people sought out Pu’uhonua Honaunau Park as a place for refuge. It was said that no physical harm could come to those who reached this site. Now, people visit the park to take in the beauty of the reserve and discover the historical and cultural significance of the people who lived in this sacred village.

While in the park, you can stop by the Visitor’s Center to grab an informational brochure about what you’ll see while walking around. There is much to see - including ponds, a canoe landing, and a game board, all for the royal family. The main attraction, however, is the restored heiau ( or temple) known as Hale o Keawe.

As a bonus, there is a swimming beach right next to Pu’uhonua Honaunau Park. It’s actually one of the best snorkeling spots on the island - we’ll take you there, and to Pu’uhonua Hanunau, on our Kona “Big Kahuna”  driving tour.

Vast, beautiful green fields await you at Anna Ranch Heritage Center. This was the location where Anna Lindsey Perry-Fiske, who holds the title of “The First Lady of Ranching” in Hawaii, started her ranching journey. Anna was a very unique woman in her male dominated industry - she was a paniolo (or a Hawaiian cowboy). She excelled at her craft, and was at the forefront of new farming and ranching techniques. She introduced several new breeds of cattle, and was an early adopter of herbicides to protect her crop.

The ranch is part of the Hawai’i State Register of Historic Places, so Anna’s legacy can continue. Visitors can tour the ranch and house.

In 1832, David and Sarah Lyman set out on a six-month journey from New England to Hilo, where they built their Mission House and the Hilo Boarding School.

The house was a place for them to raise their seven children and host guests, one being Mark Twain! The Lyman Mission House is now the oldest standing wood structure on Hawai’i. Visitors are able to tour the house as well as learn about its history at the Lyman Museum.

Mauna Kea is a sacred place in Hawaii. It’s a dormant volcano that is also the highest point in the islands at 13,000 feet. It’s known as a shrine for worship, as a home to the gods, and the piko — or where life begins — of the island.

The Mauna Kea Visitor Information Station stands at 9,000 ft and is the stopping point for those wishing to do the hike to Mauna Kea’s peak. You need to wait here and acclimatize to the elevation before continuing the hike to the summit.

The Visitor Information Station is also a great spot to take in the vast views that surround you.

Take a Shaka Guide Road trip to Volcanoes National Park to find two of the world’s most active volcanoes - Kilauea and Mauna Loa. There are loads of things to do once you get to the park. Travel along Crater Rim Drive to the Kilauea Iki overlook; learn about Pele the goddess of volcanoes and fire; spend a day hiking; or be an eco-conscious visitor and help rid the park of invasive Himalayan ginger. 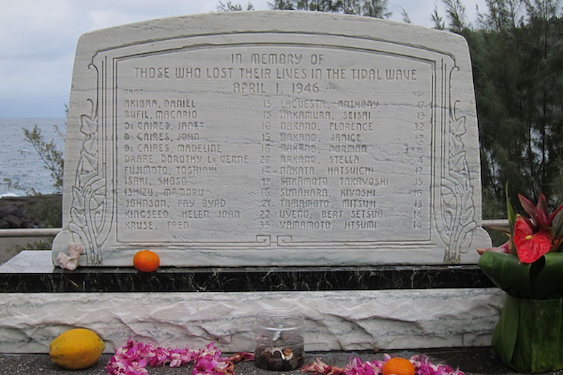 On April Fool’s Day, 1946, a devastating tsunami hit Big Island’s Hamakua coast. Over 150 people died that day - this monument is dedicated to their memory. It was erected on April 1st, 1947 - a year to the day after the event. So, when you’re in the area, stop by to check it out - and honor the memory of the lives lost. The monument is a short walk to the beach. Stop by to view the lava rocks that jut out from the water and appreciate the vastness of the Pacific Ocean.

Check out the monument and learn about the history of this event on our North Island Jungle Adventure Loop Tour! 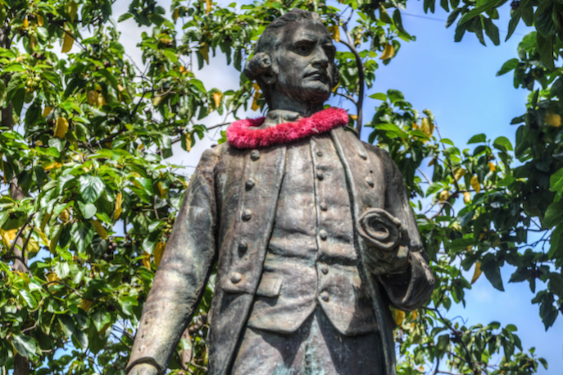 Captain James Cook is an important, albeit controversial, character in Hawaiian history. He is the first foreigner to have visited the Hawaiian Islands, back in 1778. Due to a series of unfortunate events, he was killed by the Hawaiians in 1779 - because he had misled them about his identity and purpose in visiting.

At Kealakekua Bay, located on the island’s Kona coast, you’ll find a monument that marks where he died. It sits on the edge of the  bay, where his original ship landed. Kealakekua Bay is also a marine life conservation district and an excellent spot for snorkeling. So, drop by and take a look at the monument before you dive in to see some of Hawaii’s unique marine life. Please note, there are no lifeguards at the bay. Please snorkel responsibly.

RELATED: The Best Snorkel Spots on the Big Island 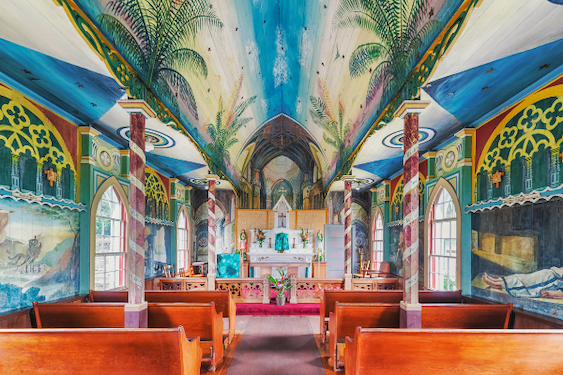 Saint Benedict’s  Painted Church was built in 1899 by Father John Velghe. With no professional instruction, he painted the entire inside. He did this to help teach the illiterate Hawaiians about the bible using his paintings - which he did successfully. Although it is a fascinating historical site, it is still an active parish - so please act and dress respectfully. You can learn much more about the history of the church here. 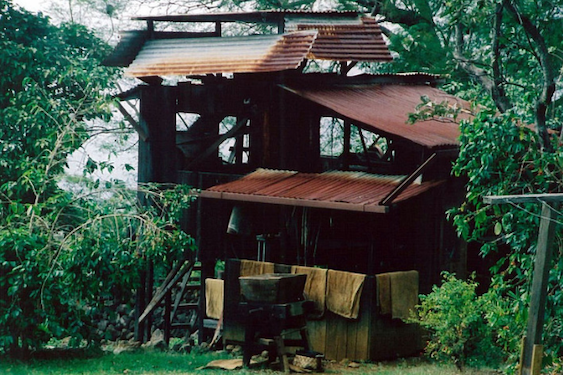 Kona Coffee is some of the most famous coffee in the world - and at Kona Coffee Living History Farm, you can see how it was made in the early 1900s. While you’re there, visit the original 1920s farmhouse, and talk to history interpreters about how old tools would have been used to make this beloved brew. As you explore, you’ll learn all about coffee’s long history in Hawaii.

At over 100 years old, the Manago Hotel has one of the oldest restaurants on the island. It was founded in 1917 by Kinzo and Osame Manago. Although this hotel has a history a century old, it’s still being run by the Manago family today! Stop by and check out both the historic hotel and the restaurant. 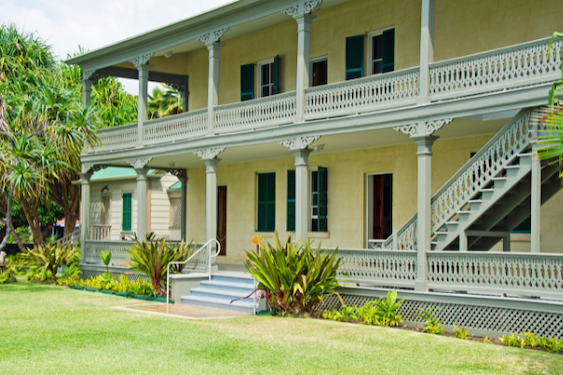 Built back in 1838, Hulihee Palace, located in Kailua-Kona, was once a vacation spot for Hawaiian royalty. The building was constructed of lava rock and coral lime on land once owned by King Kamehameha. Today, it’s a lively museum, with Victorian artifacts, koa wood furniture, feather work, quilts, and more. For information on hours and admission costs, click here.

If you’re visiting on the third Sunday of the month, the museum offers free music and hula performances. Admission is free but be sure to bring a mat or chair, no seating is provided.

Waimea may seem like a regular town today, but it actually has some history dating back to the late 1700’s.  It all starts in the 1790s, when Kamehameha the Great was gifted five cattle. After this gift, Kamehameha placed a kapu (taboo) on killing cattle. Decades later, the countryside was filled with wild cattle - trampling and eating entire acres of crops.

To solve this problem, John Parker, a local rancher, obtained a license from Kamehameha to hunt the cattle in 1812. He was one of the first allowed to break the kapu on the cattle. He subsequently helped domesticate the cattle, and - with the help of paniolos, or Hawaiian cowboys - established the Parker Ranch, a massive ranch that’s still operating today! Visit the town for some farm-to-table fare or to visit Parker Ranch. 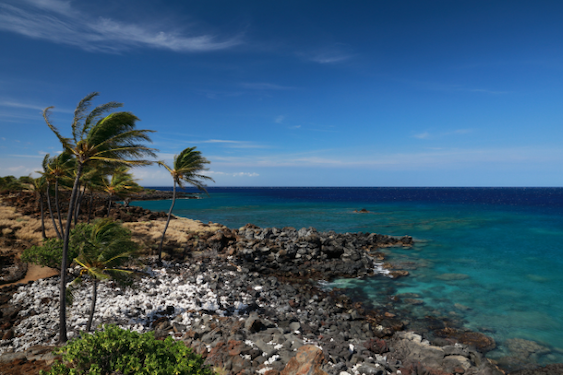 Dating back over 600 years, Lapakahi State Park houses the remains of an ancient fishing village. While you’re there you’ll see the foundations of buildings and other structures that remain.

The park sits directly on the coast, so you can wander an ancient Hawaiian village, while listening to the sounds of the ocean! Definitely worth a visit. 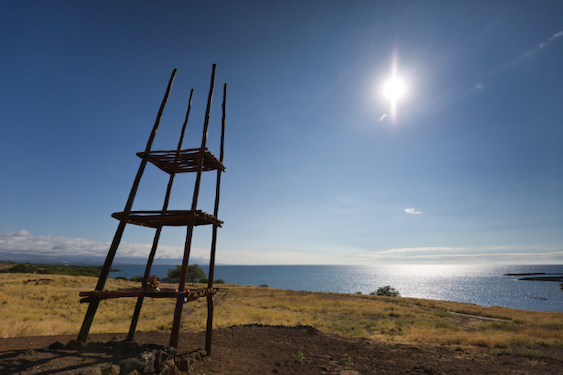 Pu’ukohola Heiau is the temple of Kamehameha the Great. It was one of the last major temples to be built - constructed stone by stone in the 1790s. It still stands intact, and Hawaiians hold the site as sacred because of its cultural significance. So, come and learn the history of perhaps the most influential temple of Hawaiian history! 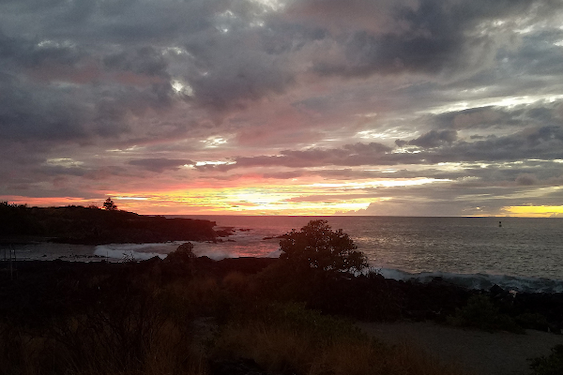 Kaloko Honokohau is one of the most impressive fishponds in all of Hawaii. It has a massive hand-built sea wall that is the largest in the state. The place is sacred to Hawaiians, and has some events throughout the year to educate visitors - find event dates here. This video describes the fight to keep the fishpond from being destroyed and turned into a resort. Drop by the Kaloko Honokohau, to learn more about ancient Hawaiian craftsmanship and fishing techniques. 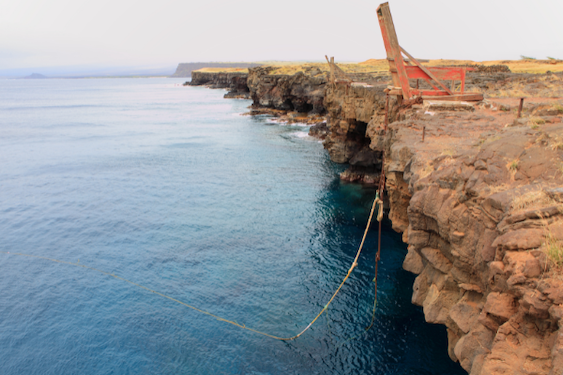 Ka Lae, or South Point, is the southernmost point in Hawaii and the United States. South Point is thought to be the landing point for the ancient Polynesians - some of the earliest settlement sites are located here. Remains of a house, mooring holes, and - most famously - a fishing shrine (known as the Kalalea Heiau).

Visit Ka Lae and wander around some of the oldest evidence of life on the Hawaiian Islands! Discover how the ancient people lived, ate, and worshipped. South Point also sits along cliffs overlooking the ocean - offering some epic views.