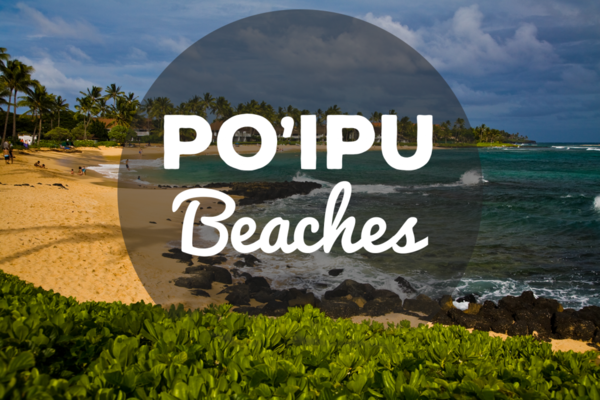 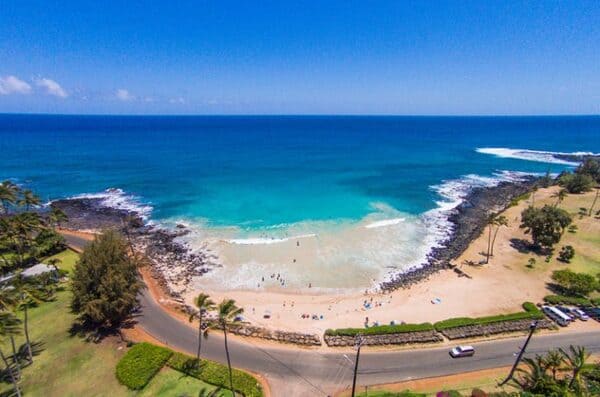 It’s dawn and I’m sitting on Brennecke’s Beach, just one of the best beaches in Poʻipu. I don’t normally drag myself out of bed at this early hour, but I’m looking for something special in the bay. The water is a little choppy, but between the waves I spot it – a fin! Then two more, quickly followed by a whole pod of Spinner Dolphins. They come here to rest after a night of hunting, cruising in slow circles during their sleep cycle, but occasionally, one will pirouette out of the water. Part of the excitement is how unpredictable the dolphins are – sometimes I’ll see them… and sometimes I won’t. I don’t swim out to them though. The currents can be strong here and recent research suggests that the dolphins are being disturbed by humans in the water. 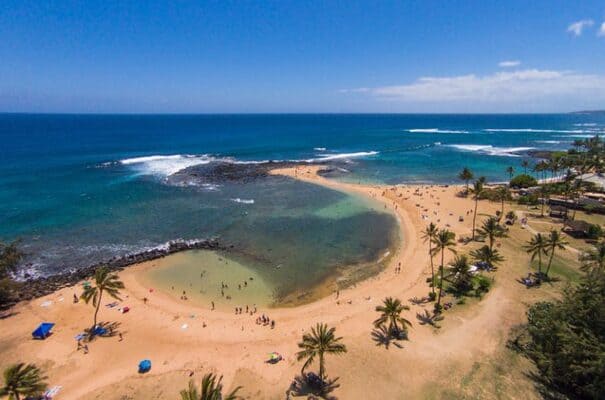 Afterwards, I take the family over to explore the main beaches in Poʻipu. We put on our masks to see who can find the most colorful reef fish, with extra points for spotting a Green Sea Turtle or a Hawaiian Monk Seal hauled out on the shore. We often pick our way over the semi-submerged rocks to ‘sand island’ too. The kids pretend to be Robinson Crusoe, poking about in the rock pools on their very own desert isle. 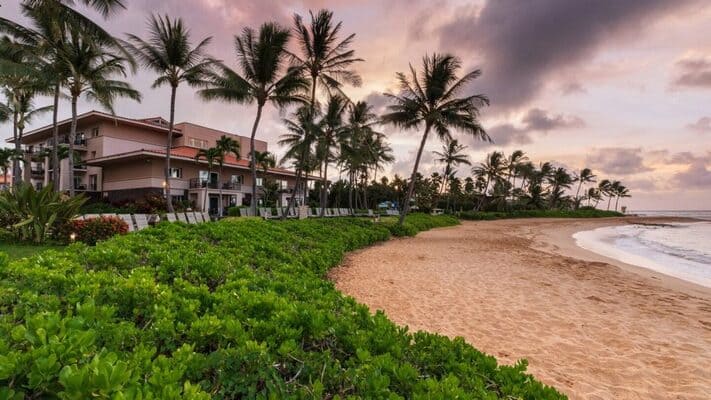 If I’m after some ‘me’ time, I’ll swim to Waiohai beach (in front of the Marriott hotel). In calm weather, I get my paddle-boarding fix here too (there’s a rental shack for boards). Getting out on the water in an upright position is a great way to get a different perspective while cruising the beaches in Poʻipu seeing palm trees and black volcanic rocks in the shoreline. 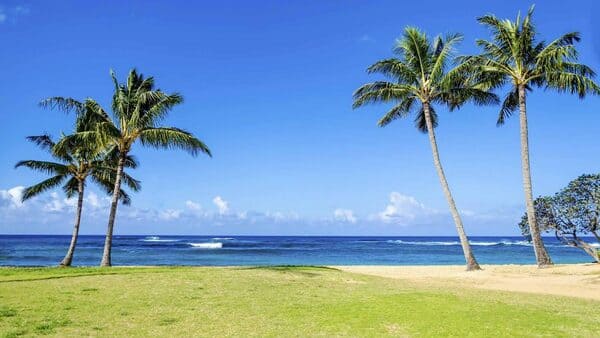 When the surfs up, however, you’ll find me ineptly cruising the waves at ‘Sheratons’ (also known as Kiahuna Beach). Be careful though – the reef is just below the water and I’ve got a few scratches to prove it. My other tried and tested surf/ snorkel spot is in front of the Beach House restaurant on Lawai Road.

RELATED: Best Places to Catch a Sunset in Kauai 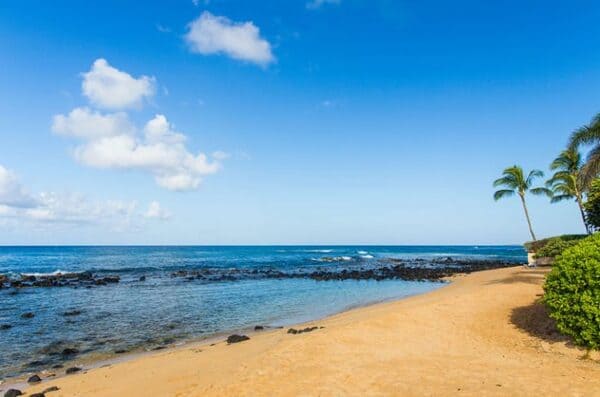 If you’re the proud owner of a toddler, you’ll want to know about my two go-to beaches for the little ones. One is on Hoʻona Road (a metallic yellow post marks the entrance). It’s called, appropriately, Baby Beach and we’ve spent many a happy hour counting shells under the shady tree or splashing in the shallows.

The other recommended beach in Poʻipu is Keiki Cove, off Lawai Road. Its picture-perfect circle of water is just deep enough to dunk a kid in and some of my favourite family photos were taken here. Don’t tell everyone though – it’s tiny! 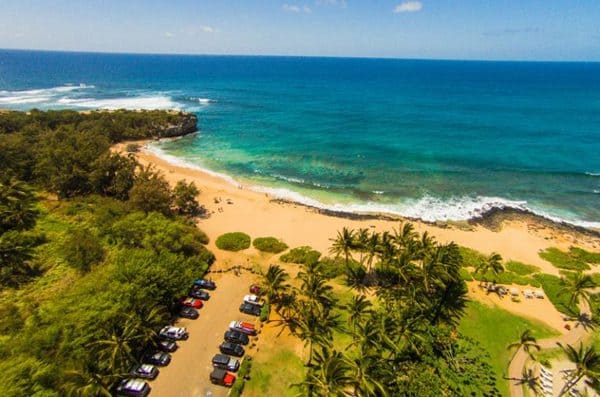 At the other end of the beaches in Poʻipu, I like to watch the sun go down on another gorgeous day at Shipwreck’s Beach (in front of the Hyatt Hotel). The honey colored sand is scattered with dark boulders that rumble when the waves break over them (I don’t recommend swimming here). I find a quiet spot to chill out as the sun sizzles into the water and twilight falls. It’s worth waiting until the stars blink into action - Kauai’s lack of light pollution makes them some of the brightest I’ve ever seen.

When you're in Hawaii, remember that the beaches and marine life are fragile. Please show your aloha by wearing reef safe sunscreen, respecting the animals - don't get too close or touch them EVER - and by leaving the beach better than you found it. For more on how to be a safe and responsible traveler when you visit Hawaii, click here.

Check out the Shaka Guide Poipu & Koloa Town GPS Driving Tour and get ready for an epic day of adventure exploring the best beaches in Poʻipu.